Alzheimer’s disease has a far-reaching impact that extends beyond the patient. It affects family and friends, and strains the healthcare system.

The cost of treating patients with Alzheimer’s and other forms of dementia is projected to reach $1.1 trillion by 2050.

Diagnostic procedures to detect early indications  of the disease are critical  — at the very least, to give patients and their families time to prepare for possible scenarios.

Can your eyes help detect Alzheimer’s?

According to a study published in Ophthalmology Retina (2019) conducted by the Duke Eye Center, a new, non-invasive imaging technology can detect indicators of Alzheimer’s disease in a matter of seconds.

The researchers discovered that in Alzheimer’s patients, the tiny blood vessels in the retina change in appearance.

They also demonstrated that they can tell the difference between those with Alzheimer’s disease and those with mild cognitive impairment.

This study is the largest to date, and it adds to the current literature as scientists try to identify a rapid, noninvasive and low-cost way to diagnose Alzheimer’s disease in its early stages.

If you, or a loved one are showing signs of Alzheimer’s, schedule an appointment with an eye doctor near you for a retinal scan.

Optical coherence tomography angiography (OCTA), a new type of precise and non-invasive imaging, has facilitated much of the current research  into the impact of Alzheimer’s disease on the eyes.

OCTA allows doctors to see the tiniest blood vessels at the back of the eye, which are as thin as a human hair.

Researchers believe that because the retina is an extension of the brain and shares many similarities with it, deterioration in the retina may mimic changes in the brain’s blood vessels, providing a window into the disease process.

In the Duke study, the retinas of  Alzheimer’s patients, people with mild cognitive impairment, and cognitively healthy adults were compared using OCTA.

Researchers determined that the disparities in blood vessel density between the control and Alzheimer’s group were statistically significant.

The Alzheimer’s group had a significant deterioration in the health of retinal blood vessels.

How this study helps for the future

Alzheimer’s disease is difficult to diagnose. Although certain techniques can detect disease symptoms, they are impractical for screening millions of people: Brain scans are costly, and spinal taps are painful and potentially dangerous.

Instead, memory tests or behavioral abnormalities are frequently used to diagnose the condition, but the disease has progressed by the time these changes are observed.

Perhaps retinal scans can show the early signs of Alzheimer’s.

Patients and their families would have more time to plan for the future if they were diagnosed earlier.

Schedule an appointment with an eye doctor near you who can provide a retinal scan.

Alzheimer’s impacts the lives of over 11% of people over the age of 65.

Retinal scans could allow for early detection as treatments may be more effective if started at the first signs of the disease. 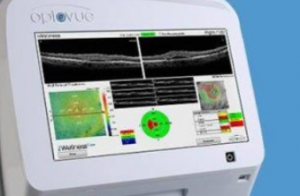 Next Article
What Is an OCT Eye Exam? »

Our Most Viewed Eye Exams Articles