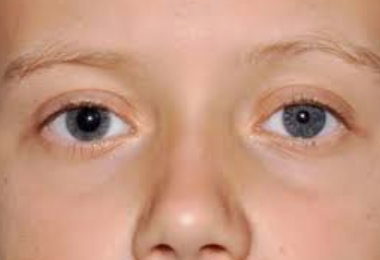 Adie syndrome is a relatively rare condition affecting 5 in every 100,000 people, most often young adults aged 25-45.

What is Adie syndrome?

Adie syndrome is a neurological disorder that affects the autonomic nervous system, resulting in one pupil of the eye being larger than the other.

It is distinguished by one eye having a larger-than-normal pupil that constricts slowly in bright light (tonic pupil), as well as the absence of deep tendon reflexes, most commonly in the Achilles tendon.

In most cases, the cause of Adie syndrome is unknown. In some cases, it is genetically based and inherited from a parent or relative.

The National Institute of Neurological Disorders and Stroke (NINDS): Adie syndrome results from inflammation or nerve damage in the ciliary ganglion in the brain, which is located right behind the eye.

This inflammation or damage to the nerves may arise from:

Deep tendon reflexes, such as the Achilles or patellar reflexes, can also be lost as a result of nerve damage. Similar causes of damage to the dorsal root ganglion at the root of spinal nerves could result in a lack of response in these locations.

Concerned you may have one pupil larger than the other, contact an eye doctor near you.

The most common symptom of Adie syndrome is an abnormally enlarged pupil  in one of the eyes.

In general, changes in light cause the pupils to shrink or expand. These modifications occur quickly to help our eyes see in a variety of light settings.

In Adie syndrome, the pupil usually remains dilated even in the presence of bright light.

Symptoms in the affected eye sometimes include:

The symptoms of Adie syndrome usually only affect one eye. They may, however, eventually involve both eyes.

Additional symptoms that a person may experience include:

A person may experience changes in sweating, which can be excessive or reduced in some circumstances.

Ross’s Syndrome: While Ross’s syndrome is technically the combination of decreased sweating, missing reflexes, and weak pupil responses, some clinicians may describe this condition as a variant of Adie syndrome.

Although the symptoms of Adie syndrome are rarely severe or disabling, they can cause significant disruption in everyday life and require treatment.

How to treat Adie syndrome

The type of treatment a person with Adie syndrome receives is determined by the symptoms they are experiencing.

Doctors may provide eye drops containing pilocarpine, a medicine that might help constrict a pupil that has become too dilated.

Light glare and depth perception may be improved as a result of restricting the size of the affected pupil.

Others may require the use of prescription glasses or a modification in their prescription to help adjust and compensate for vision loss.

If medication does not work, people who also suffer with excessive sweating may need a treatment called a thoracic sympathectomy.

Other symptoms, such as absent or delayed reflexes, may be permanent.

Schedule an appointment with an eye doctor near you, who can diagnose Adie syndrome.

If you notice one eye having a larger-than-normal pupil that constricts slowly in bright light – you may Adie’s syndrome.

This can be treated with eye drops or other optical options. 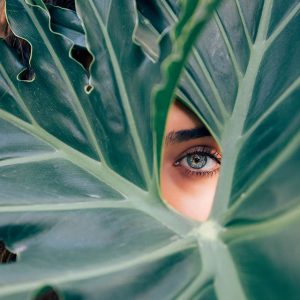 Next Article
Why Is My Pupil Small? »