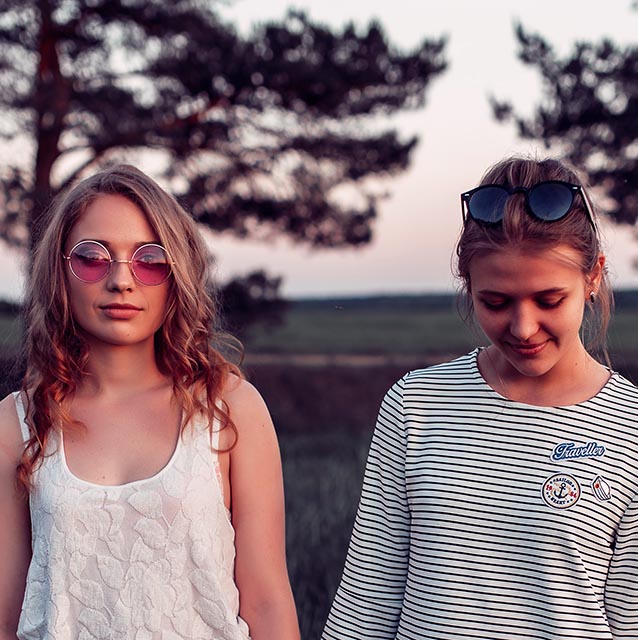 A staggering 95% of teens are unaware smoking can lead to blindness.

However, most teens aren’t afraid of these diseases. What they are most concerned about is their vision, and going blind.

The British Journal of Ophthalmology published research where 260 clubbers aged 16 and 18, were questioned on the topic of smoking and its connection to vision.

A whopping 9.5 out of 10 teens did not know that smoking can rob them of their vision later in life.

Survey participants were asked if they knew if there was a link between smoking and various diseases, here are the findings:

Results showed that teens were mostly aware of a connection between smoking and lung cancer, but practically none knew that blindness can be caused by smoking.

After being asked if they knew the link between smoking and the above, participants were asked to rank their fear of these diseases.

Ironically, the teens were far more frightened of losing their vision than of any other smoking-related disease.

Smoking increases the risk of many eye diseases.

SEE RELATED: How Does Smoking Affect the Eyes?

If you are a smoker, it’s important to contact an eye doctor near you to make sure your eyes are healthy.

According to the study published in JAMA (2000), smokers had twice the risk of developing cataracts as non-smokers.

Heavy smokers face a threefold increase in risk. The more cigarettes they smoked, the higher their risk of developing cataracts.

Cataracts occur when the naturally clear lens of the eye becomes cloudy over time. Faded colors, blurred vision and increased sensitivity to glare are all symptoms of this age-related condition.

The center of the retina, which is responsible for clear central vision needed for everyday tasks like reading and driving, is affected by age-related macular degeneration (AMD).

AMD is the major cause of permanent visual loss in those aged 65 and up.

When compared to people who have never smoked, this study showed that smokers have a three-fold increased chance of acquiring AMD.

Female smokers over the age of 80 are 5.5 times more likely than non-smokers of the same age to get AMD.

Fortunately, as smoking is the most preventable risk factor for AMD, quitting at any age, even later in life, can greatly lower your risk of acquiring the disease.

Uveitis (inflammation of the middle layer of the eye, or uvea) is a serious eye disease that can cause blindness.

Uveitis damage critical eye structures, including the iris and retina, as well,s and can lead to complications like glaucoma, cataracts and retinal detachment.

Uveitis is more common in smokers than in nonsmokers, and smoking appears to be associated with the development of uveitis.

A study published by Ophthalmology (2015), smoking was linked to a 2.2-times greater risk of developing uveitis.

Diabetic retinopathy, a complication of diabetes, damage the retina’s blood vessels, which can lead to vision loss.

Diabetic retinopathy affects more than 5 million Americans aged 40 and up  with type 1 or type 2 diabetes. According to the US Centers for Disease Control and Prevention, that number will rise to almost 16 million by 2050.

In addition to multiple other diabetes problems, there is a causal association between smoking and the development and progression of diabetic retinopathy.

If you smoke, your eye health is at risk – it is highly recommended to seek professional advice on how to quit smoking.

There are many different treatment programs that can provide you with the support you need to help you quit smoking.

Once you’ve broken the habit, your body will start to recover, and you’ll feel a lot better knowing you’re doing everything you can to keep your body healthy.

If you smoke, schedule an appointment with an eye doctor near you, who can check your eye health.

Next Article
Can High Blood Pressure Affect the Eyes? »

Our Most Viewed Guide to Eye Health Articles