With an estimated prevalence of just 38 cases per 100,000 people, uveitis is considered a rare condition.

Uveitis is an inflammation of the uvea, is a layer of blood vessels at the back of the eye that is responsible for supplying blood to the retina. The retina is the light-sensitive portion of the eye that focuses and sends the images you see to your brain.

Uveitis is usually not a serious condition, if not treated promptly, though severe cases can result in vision loss.

Uveitis comes in a variety of forms. The location of the inflammation in the eye is used to classify each type.

Anterior uveitis (front of the eye)

Since it affects the iris, anterior uveitis is often called  “iritis.”

The iris is the pigmented region of the eye closest to the front that is visible. Iritis is the most common type of uveitis, and usually the least serious. It mainly  affects patients who are otherwise healthy and can affect either one or both eyes at the same time.

Intermediate uveitis (middle of the eye)

Intermediate uveitis, also known as iridocyclitis, affects the center region of the eye.

This type of uveitis can occur in people who are generally healthy, but has also been associated with autoimmune diseases, such as multiple sclerosis.

The word “intermediate” in the name refers to the location of the inflammation rather than its severity.  An area of the eye, known as the pars plana, is located between the iris and the choroid, and is most frequently affected by intermediate uveitis.

Posterior uveitis (back of the eye)

The layer of blood vessels at the back of the eye, behind the retina, is known as the choroid.

Posterior uveitis affects the choroid, and is also known as choroiditis.

The choroid’s blood vessels are vital to vision as they transport blood to the rear of the eye, providing oxygen and nutrients to the retinal nerves.

Posterior uveitis is the least common type of uveitis.

This type of uveitis is more common in individuals who have a virus, parasite, or fungal infection and can also appear in people who suffer from an autoimmune disease.

Posterior uveitis is a worrying eye condition as it can induce retinal scarring, making it a more sight-threatening conditions than anterior uveitis.

Panuveitis (all parts of the eye)

Panuveitis is a serious condition in which inflammation affects all major components of the eye.

This condition frequently combines the characteristics and symptoms of all three forms of uveitis and requires aggressive treatment.

What are the symptoms of uveitis?

The following symptoms may occur in one or both eyes:

If you’ve experienced any of the above symptoms, contact an eye doctor near you today.

The cause of uveitis is often unknown, and it often affects people who are otherwise healthy.

Uveitis is occasionally linked to another illness, such as an autoimmune disease or a virus or bacteria infection.

How is uveitis treated?

Uveitis treatment varies depending on the cause and kind of uveitis.

Eye drops are usually used to treat this eye condition. If uveitis is caused by another condition, addressing that underlying condition may be enough to cure the uveitis. The treatment’s purpose is to minimize ocular irritation.

Your eye doctor may choose one or more of these treatments:

In severe cases of uveitis, immune-suppressing medications may be required.

Can uveitis be prevented?

Uveitis can sometimes be avoided by treating the autoimmune disease or infection that could trigger the inflammation. Because the cause of uveitis in otherwise healthy people is unknown, it is difficult to prevent.

Early detection and treatment are critical to reducing the risk of permanent visual loss.

Schedule an appointment with an eye doctor near you, who can detect and treat uveitis before any vision loss occurs.

A pain in the eye could be due to uveitis – an inflammation inside your eye – and requires urgent medical attention. 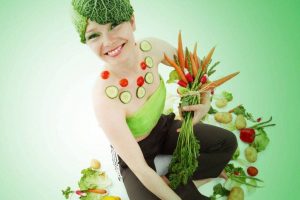 Next Article
Healthy Eyes for Life: The 12 Best Vegetables »

Our Most Viewed Eye Health Articles