This page provides just two of the many research papers that link Convergence Insufficiency (CI) with ADHD.

1. The Relationship Between Convergence Insufficiency and ADHD

Children being evaluated for attention deficit hyperactivity disorder (ADHD) often have an eye exam as part of their evaluation. The symptoms of convergence insufficiency (CI) can make it difficult for a student to concentrate on extended reading and overlap with those of ADHD.

A retrospective review of 266 patients with CI presenting to an academic pediatric ophthalmology practice was performed. All patients included were diagnosed with CI by one author (DBG) and evaluated for the diagnosis of ADHD. A computerized review was also performed looking at the converse incidence of CI in patients carrying the diagnosis of ADHD.

The review of computer records showed a 15.9% incidence of CI in the ADHD population.

Accommodative dysfunction and convergence insufficiency (CI) are common pediatric vision problems that have been associated with an increase in frequency and severity of vision-specific symptoms that affect children when doing schoolwork.

Children 8 to 15 years of age with symptomatic accommodative dysfunction or CI were recruited from the teaching clinic at the Southern California College of Optometry. Children with learning disabilities or ADHD were excluded. One parent of each child completed the Conners Parent Rating Scale–Revised Short Form (CPRS-R:S). The children’s scores on the CPRS-R:S were compared with the normative sample.

Twenty-four children (9 boys and 15 girls) participated in the study with a mean age of 10.93 years (SD = 1.75). On the CPRS-R:S, cognitive problem/inattention, hyperactivity, and ADHD index were significantly different from normative values (p ≤ .001 for all tests).

School-aged children with CI have a higher frequency of behaviors related to reduced school performance and attention.

Schedule an appointment with a vision therapy eye doctor to start a treatment program geared for CI.

You probably already know that the letters “ADHD” represent: Attention Deficit Hyperactivity Disorder. You may not be as familiar with convergence insufficiency, which optometrists call by its acronym, “CI”.

Convergence insufficiency, or CI, is a condition in which the patient has difficulty using both eyes together as a team in a near space, as occurs during reading or writing.

It might seem obvious that if a person has difficulty sustaining the use of both eyes together as a team, for an extended period of time such as when reading, that reading would be stressful.

In fact, many patients with CI handle their difficulty by frequently re-focusing their eyes by looking at a distant image, taking breaks, or avoiding the near vision task altogether.

For many years, that’s been obvious to us as developmental optometrists. In other words, a substantial number of patients who seek our care have a history of being able to attend very well when someone else is reading, but have a short attention span, or get antsy, when they have to read independently.

Many children appear to have ADHD when in reality, they have ‘visual inattention’— for a good reason.

The problem is that these patients are usually lumped together, and end up in special education, often medicated.

While a small set of patients with true ADHD may benefit from medication, precious resources and emotions would be saved if those with CI were properly evaluated. Many families would be spared from the anguish that results when homework completion takes hours too long, or when a spouse struggles to keep pace in the workplace— two common difficulties that result from visual inattention.

This study, by Dr. Granet and colleagues at UCSD, is notable because it is the first paper published in a medical journal that establishes a direct link between ADHD and CI.

Studies of this nature should help call attention to children misidentified as having ADHD, while the underlying visual problem is left untreated.

This is particularly important because CI is one of the more common visual problems that developmental optometrists successfully treat through vision therapy.

In many instances, parents of pediatric patients, as well as adult patients have reported to us that after completing a program of vision therapy, their capacity to attend when reading, writing, or computing has improved substantially. 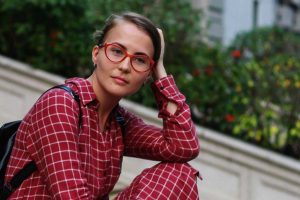 Next Article
Convergence Insufficiency: An Eye Focusing and Aiming Problem »

Our Most Viewed Convergence Insufficiency Articles