My Lazy Eye Was Misdiagnosed

“Thanks to Vision Therapy, I Gained 3D Vision!”

by Rachel Cooper, Past Director of the Optometrists Network

My “lazy eye” was first detected in a free public school eye examination when I was seven years old (belated thanks to the State of Pennsylvania for that free eye exam!). This led to my first visit to an eye doctor. I don’t remember anything about that encounter.

All I know is that I came away with a pair of glasses and no patching or Vision Therapy was recommended.

Contact an eye doctor near you who has experience treating lazy eye with vision therapy to help improve your vision.

SEE RELATED: What Is Lazy Eye?

For the next ten years I would struggle with wearing either glasses or contact lenses.

By the time I was twelve years old I had been examined several times by two new eye doctors: one ophthalmologist. Both doctors said exactly the same thing. They told me that my two eyes did not work together as a team; that I alternated between using one eye or the other, but seldom or never used both eyes together at the same time.

Since I alternated between using both eyes, I had not lost too much vision in either eye. Still, they both described me as having “lazy eyes.” According to the eye doctors it was too late for surgery or patching — nothing could be done to correct my “lazy eye.” “I was too old.” and “It was too late” for me.

Of course, the doctors informed me, this meant I didn’t have depth perception. “What’s depth perception?” I asked. Vague descriptions ensued — much like attempts to explain colors and rainbows to a blind person. I remember the optometrist stumbled and mumbled around a bit and finally declared that without depth perception it would be very difficult for me to catch a ball.

Hmmm, I thought this one over. I already knew I couldn’t catch a ball without major panic — screaming, head ducking, arms flailing, etc. So far this embarrassing state of affairs hasn’t killed me. This was also at a time when girls’ sports were still a very low priority. After thinking it over, I decided being unable to catch a ball was not a serious handicap. No sweat, doc.

Out into the world the eye doctors sent me to live life without depth perception. No mention was made of the possibility of Vision Therapy or any type of rehabilitation. I didn’t have depth perception and that was that.

In New York city, I heard for the first time about something called Vision Therapy.

Dozens of people told me that they or their relatives had received Vision Therapy when they were children. They were cured! Their eyes looked straight. They had binocular (two-eyed) vision. I couldn’t believe it.

They were so matter-of-fact about it. It was just as if they were saying, “oh, yeah, I had braces when I was a kid – no biggie.”

When I first heard of Vision Therapy, I didn’t have health insurance. In my early twenties at the time, I concluded that if insurance wouldn’t pay for it, I couldn’t do it. Years later, I would look back on that logic as youthful folly.

The Very Happy Ending (and Beginning)…

At long last, when I was almost 33 years old, I began regular Vision Therapy under the supervision of a behavioral optometrist (developmental optometrist) in New York city. After a year and a half of twice-a-week therapy, I was using both of my eyes together as a coordinated team.

The world popped out in 3D and it stayed that way!

Today, I passed all the standard stereo vision tests, I use both of my eyes to see all the time.

Human stereo vision may be a miracle (scientists still can’t totally explain how it happens), but Vision Therapy is a medical science that has been around since the nineteenth century. I simply went to therapy, tried to be a good patient, and did what the eye doctor told me to do.

Ever since the day I saw the world popping out in 3D for the first time, I’ve wanted to tell others to appreciate the miracle of normal depth perception and 3D vision. You SEE, if you overcome a disability, you very likely won’t take what you’ve gained for granted. What other people call normal will always be special to you!

It’s been clear to me, however, that it is even more important to help others (especially children) with lazy eye or other 3D vision problems.

I don’t believe in “what-ifs” or “regrets” but I do know my life would have been completely different if I had received vision therapy as a child.

Well, friends, I’ve got to sign off for now.

Schedule an appointment with a vision therapy eye doctor near you to start treatment which will improve your binocular vision. 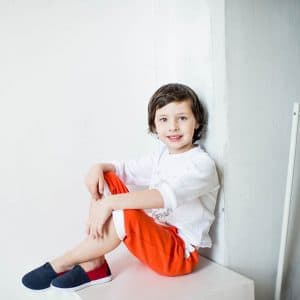 Our Most Viewed Vision Therapy for Lazy Eye Articles