What Are Acquired Brain Injuries?

The largest at-risk group for suffering a brain injury are males between 40 and 49 years old.

What is an ABI?

Acquired brain injury (ABI) refers to any type of brain damage that occurs after birth.

A brain injury that is not genetic, congenital, degenerative, or caused by birth trauma is known as acquired brain injury (ABI).

As a result of the injury, the brain’s neuronal activity changes, impacting the physical integrity, metabolic activity, and functional ability of nerve cells.

At all ages, except for those aged 80 and over, rates for males are higher than for females.

ABIs are most commonly caused by damage sustained by infection, disease, lack of oxygen or an injury of the brain.

The most common causes of acquired brain injuries are:

If you are suffering from the impact of a brain injury, contact an eye doctor near you.

How ABI affects a person’s vision

ABIs can have a major impact on how the visual system works.

While some brain traumas can permanently destroy the optic nerve, a brain injury more typically causes an impairment of the neural pathways that allow the eyes and brain to communicate.

Visual problems of a ABI may include:

Treatment for vision affected by ABI

People with visual deficits caused by acquired brain injuries can get a personalized treatment plan from neuro-optometrists.

The doctor will create a neuro-optometric rehabilitation regimen to address your individual needs based on the findings. The treatment will be focused on improving the visual skills and vision rehabilitation in order to enhance function, as well as any learning difficulties.

The purpose of neuro-optometric rehab is to reduce any visual impairment so that patients can continue to enjoy life and do what keeps them happy, like going to work, using a computer, reading, sports, hobbies and driving.

Depending on the visual impairment that needs to be treated, neuro-optometric rehab uses customized prescription glasses, prism lenses, vision therapy or eye patching.

Many patients who suffer from the impact of a brain injury discover that their symptoms improve almost immediately with the correct treatment and a specific neuro-optometric rehabilitation program.

Seeing a neuro-optometrist is the first step on the road back to a happier life after a brain injury. 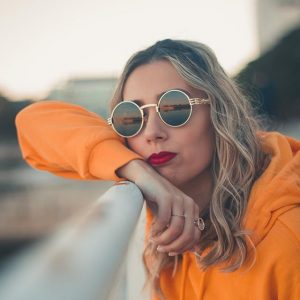 Our Most Viewed Neuro-Optometry Articles