Head injuries can increase an athlete’s risk of life-long complications.

Concussions and other types of brain injuries that result from a sudden jolt or blow to the head can cause headaches, imbalance, concentration difficulties, and even anger management problems.

According to National Academies Press (2014), sustaining as little as two concussions in one’s lifetime can lead to serious and life-long complications.

Unfortunately, contact sports are infamous for head injuries— but the health repercussions of multiple impacts can be life-altering and cause any of the following life-long conditions:

Chronic traumatic encephalopathy is a degenerative brain disease caused by repeated brain traumas. This condition occurs when specific proteins in the brain, called tau proteins, develop clumps. These clumps disperse throughout the brain and lead to permanent brain cell damage.

According to Clinics in Sports Medicine (2011), CTE is caused by multiple head injuries over a period of years— even if the injury did not result in a clinical concussion.

Clinical depression is a mental disorder that impacts your thoughts, emotions and behaviors.

According to Medicine and Science in Sports and Exercise (2007) there is a clear correlation between head injuries and long-term depression.

If you, or a loved one, has suffered a head injury see a neuro-optometrist for a complete examination of your visual system.

Dementia pugilistica, sometimes referred to as ‘punch-drunk’ is a neurological disease caused by multiple concussions.

The term ‘pugil’ is a Latin word that means ‘boxer’ or ‘fighter’, and has helped coined the clinical term for this condition, as it was initially diagnosed in boxers in the 1920s.

Dementia pugilistica is a form of CTE that contains some overlapping characteristics with Alzheimer’s disease.

The signs and symptoms of a concussion often affect a person’s cognitive abilities, resulting in concentration difficulties, irritability, disorientation, and loss of balance.

In one study, it was reported that the affected athletes sustained neurocognitive impairments in both working and visual memory.

Another study reported that the affected athletes suffered from lack of impulse control and imbalance.

Millions of head injuries are reported each year, but the risks of prolonged recovery after multiple concussions have yet to be uncovered.

It is crucial to refrain from engaging in any contact sports or other activities that pose a risk of head injury until full recovery is reached.

How can neuro-optometry help?

Neuro-optometry is a branch of optometry with a focus on strengthening the visual system post-brain injury or other neurological disorder.

Neuro-optometric rehabilitation is a therapy used to improve the visual and oculomotor skills in order to increase independent functioning and improve quality of life following a traumatic brain injury.

Neuro-optometrists are aware of the challenges that accompany multiple head injuries and will evaluate the entire visual system, including functional binocularity, spatial vision, and visual processing abilities, to determine if a vision problem exists.

If a functional vision problem exists, a comprehensive management program will be recommended in order to strengthen the visual system and alleviate symptoms caused by a neurological disorder.

If you, or a loved one, has suffered a head injury see a neuro-optometrist for a complete examination of your visual system.

Unfortunately, contact sports are often the cause of many head injuries, and the health repercussions of these impacts can be severe and life-long.

Fortunately, neuro-optometrists can diagnose and treat the visual effects of these head injuries. 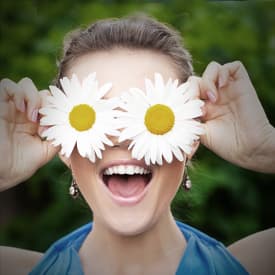