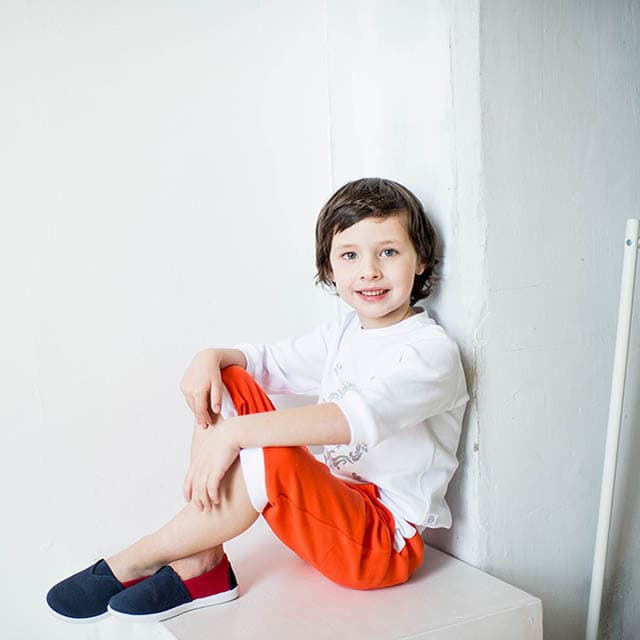 The following are real-life stories from patients who have successfully completed vision therapy for lazy eye.

In my role as a parent, I have been thrown on the other side of the consultant’s desk. My six year old was diagnosed with anisometropic amblyopia two months after his 5th birthday.

In fact, I was told the prognosis was poor and we should start therapy with eye glasses. We subsequently proceeded to patch his “good” eye. His vision gained little ground and no mention of Vision Therapy was made.

I pursued Vision Therapy after an educator made me aware of it. I went to an optometrist skilled in vision therapy and was given a list of at-home exercises to work on with my son. His vision started to improve. When a better level of visual acuity was reached, we started in-office therapy.

This not only helped strengthen the weak eye, but improved the other aspects of the amblyopia syndrome. It trained him to use binocular vision [both eyes at the same time] by using the weaker eye when the stronger eye is not patched. He is now at 20/40 with glasses.

When my optometrist and I finally figured out that I had lost binocular vision [two-eyed], it was a huge relief. I came to Dr. X hoping that we could fix the problem.

Vision Therapy was slow going at first, but I stuck with it and slowly we started seeing improvements. Then one day it seemed like someone threw the light switch and my eyes started working together again. They continue to improve and it has been an uplifting and exciting experience.

I am living proof that a person can regain better vision even when they are older. I would strongly recommend to anyone with a child with vision problems to take care of it ASAP as it will ensure a better education and life in general.

Ryan’s concentration has increased greatly. He doesn’t struggle with memorizing any more. He reads faster without having to close one eye, and he no longer gets frustrated when doing thinking tasks.

My daughter Ashley was having great difficulty in the first grade. When she began vision therapy with Dr. X, her grades were low and her handwriting was below the standard of her age group.

The teacher was so concerned that she recommended that I have Ashley’s mental capacity tested. I knew that was not the source of the problem because when I went over her school work at home, she had no problem comprehending the information. The trouble stemmed from her writing the information on paper.

Around the same time, her gym teacher expressed concern about Ashley’s great difficulty catching a ball and her eye to hand coordination. I started taking Ashley here once a week for Vision Therapy. She was diagnosed as having difficulty focusing her vision due to her lazy eye.

After about a year of therapy, Ashley’s grades have improved to the point where she is currently on the Honor Roll. She received all A’s and B’s on her school work. Her handwriting has improved tremendously.

Her second grade teacher is happy with her performance. Ashley has also regained her confidence regarding her physical abilities. She wants to play more sports in her spare time.

Ashley looks forward to her weekly visits because the staff makes the exercises seem like games rather than therapy. They have a very upbeat and positive attitude, which inspires and motivates my daughter.

Ashley has been helped tremendously at a very critical time in her physical and mental development.

My child, Lisa, who was seven at the time, had just begun to have headaches. The event that called to our attention that our daughter needed help with her eyes, was that our daughter, following an eye check at school, came home and told me that she could not see anything on the eye chart out of her left eye.

The health nurse sent home a card telling the results of the test. At this point we had her examined by our optometrist, who immediately referred us to a developmental optometrist (vision therapy specialist).

Since Vision Therapy Lisa can now SEE with BOTH eyes. When she started, one eye was 70% shut down giving only 30% vision in that eye. She has near normal vision now. She wears both contacts and glasses and is doing just great.

From kindergarten through college, I have always needed to cover one eye for close focusing. I also suffered from severe daily headaches, dizziness, and nausea.

After Vision Therapy, I can now do everything with two eyes and rarely get headaches. My eyes work very well as a team, and I have tools to maintain my hard-earned gains for the rest of my life.

Since I no longer have severe headaches, my comfort level has improved drastically. My concentration at work has also improved and working long hours is now manageable.

I’ve had a renewed desire to read for pleasure because it no longer causes me headaches. I feel like a new person. Each little step in the process became fun as I saw drastic improvements in my lifestyle.

Justin was diagnosed at four-and-a-half years old with a lazy left eye and was put in corrective lenses. His eyes were checked every six months until he was six years old. At his 7th birthday exam, we expected the usual prescription but were stunned to learn that his eyes were not tracking together and that his right eye had pretty much shut down [suppression].

The doctor recommended Dr. X, as he was a specialist in problem eyes, especially children.

Dr. X gave my son the most thorough and wrenching eye exam I had ever seen Justin or anyone else go through. The diagnosis was that his right eye was indeed not functioning at all. He was forced to use his left eye for everything. Dr. X asked if he played sports, like baseball; I said no. Dr. X replied, “He can’t. He can’t see the ball coming at him so he will shy away from anything where eye-hand coordination is required.”

It made me sad as I realized how Justin had been denied the ability to play normal childhood games. The most perplexing question was, “How was he doing so well in school?” His right eye, now dominant, performed all functions! Justin is such a driven and motivated student he must have figured out ways to make sense of all his schoolwork even with a broken processor.

After 12 weeks of intensive visual therapy and “eye homework,” Justin’s near vision is much improved because his right eye is now working and both eyes are working together.

The confidence he has now is difficult to explain but is much greater than before visual training. The ease and comfort level of doing homework and performing difficult academic tasks is now present at a much higher level than ever before.

Dr. X took Justin from his normal way of seeing and processing information to where both eyes work and therefore both sides of his brain can function as they should. Dr. X opened up Justin’s world so he could see and do what normal sighted children can.

We are very grateful to Dr. X and his staff for making such a wonderful difference in our child’s life.

Steve and Chris B., Justin’s parents

When my son Kasey came to you, I had no idea he was having so much trouble with his vision. He was ill throughout the third grade, he hated school, reading was a huge challenge for him and his writing was mostly unreadable.

He couldn’t write on the line and he had trouble with hitting the curb with his bike and hitting a baseball. He also suffered from occasional headaches. His school was considering holding him back a year.

We started Vision Therapy that summer, I quickly learned what a controversial subject Vision Therapy was, but we decided Kasey needed to give it a try. After three months of Vision Therapy, his peripheral vision opened up.

He was doing better on his bike. By the end of the fourth grade, he was up to third grade reading. His writing was also improving. What impressed me the most was how much the therapists cared.

Kasey is starting the sixth grade this fall and he has not had a migraine at all since we have been in therapy. He used to tilt his head when things got hard, now he remembers to use both eyes to see. He is gaining B’s & C’s in school and is participating in class.

His reading is still improving and I know he will catch up.

I owe Dr. X and his staff a world of thanks for caring about my little boy. Vision Therapy is absolutely wonderful.

Chase had a hard time at school. He seemed smart but was bad at reading and school work. He had headaches. Diagnosis included amblyopia, strabismus, and exotropia.

Since Vision Therapy, his teachers have said “He’s a different boy! You’d not know him from when he was in 1st grade. It really helped him for the better.” Now he doesn’t trip over things, fall out of his desk, or lose things. Instead, he listens, follows directions, knows answers, is organized in and on his desk. He completes homework on time and has an easier time of it.

I also notice my eye never gets lazy during the day-time. Before, sometimes it would just get lazy out of nowhere in the middle of the day. Now if it gets lazy, it gets lazy in the early morning and I can fix it.

I would highly recommend Vision Therapy for others.

Julieanne is able to see clearly at a distance. She can now see well from the back of the classroom. Her eyes seem to be more equal in strength now. She has fewer reversals in her numbers and letters.

Craig has not shown any indication of “lazy” eye since he has been working with Vision Therapy. Even though he has glasses, he has not needed to use them because his eyes are working as a team, giving him much stronger vision. Craig has always looked forward to his therapy. It’s encouraging to know that he finds it enjoyable.

At Rachel’s last reevaluation, she was seeing much better with her left eye (right eye covered) than when she began. Also, both of her eyes were working together much better. These changes have contributed to Rachel’s improved disposition.

In softball, I make contact with the ball just about every time at bat! It is also easier to see smaller writing with my right eye.

I think Vision Therapy is a great way to improve eyesight and teach eyes to work together. This program should continue. I would like to say thanks to everyone who has worked with me during my therapy.

Schedule a vision evaluation as soon as possible to determine if your child is a candidate for vision therapy. 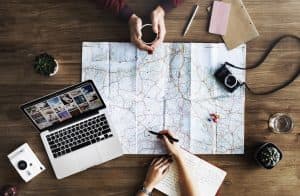