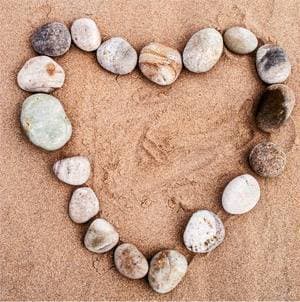 When we think of learning disorders, we tend to think of dyslexia and other disorders involving language, such as difficulties decoding language and learning to read.

Non-verbal learning disorder isn’t an official diagnosis like ADHD or Autism (ASD)—though many children who have non-verbal learning challenges usually present with those diagnoses— but experts say that focusing on NVLD, instead of ADHD or ASD, can help to explain certain behaviors and difficulties associated with NVLD. This will enable increased understanding of how to best help these children succeed academically.

There are five common areas in which children with NVLD may show weakness.

Many children with NVLD have trouble understanding visual imagery. For example, when they are asked to copy a shape like a cube, they produce profound distortions.

These children are unable to accurately perceive the cube, the forms that make up the cube, and the relationships between them—making it difficult to copy the shape.

Children with NVLD also struggle to evaluate visual-spatial information, making it difficult to understand the relationship between the objects that they see and their location.

Difficulty with higher-order comprehension also affects the ability to take notes in class. Some children essentially write down everything the teacher says, because they are unable to decipher what is important.

Other children don’t write anything down, or write down all of the unimportant information, because they are unable to decipher what is important.

Most children with NVLD have trouble reading emotions in facial cues and body language, making it difficult to understand social interactions.

Social patterns are also difficult to understand, and can cause inappropriate behavior in social situations.

Many children with NVLD are good at rote learning, allowing them to  succeed in math just by memorizing data. However, as they get older they struggle to solve more advanced mathematical problems that are based on recognizing concepts and patterns.

Even with a problem they’ve seen before, if it’s approached differently or modified slightly, it will be difficult for them to recognize it.

Executive functions are a set of skills we use to organize our thinking, plan and carry out actions, and figure out how to solve problems.

Most children with NVLD struggle with organizing and planning. For instance, breaking down a project into smaller steps, or understanding the steps that need to be taken to accomplish the project, will typically be challenging for these children.

Non-verbal learning disorder is a learning disability that affects a child’s ability to recognize and interpret patterns in facial expression, body language, and other forms of nonverbal communication.

Children with NVLD are often hyper-verbal, but have trouble correctly interpreting social situations. A child with NVLD may also have poor physical coordination and struggle with problem solving, planning, and organizing their thoughts. NVLD is not recognized as an official diagnosis by the DSM-V.

As with many learning disorders, the symptoms of NVLD vary from child to child.

The first step to helping children with NVLD is to schedule a comprehensive assessment to determine your child’s individual needs.

Once your child’s symptoms are identified, learning professionals and therapists can use his profile to develop appropriate support. Children with NVLD benefit from learning social patterns and expectations, as well as intensive practice to recognize patterns and organize thoughts.

“Micah is one of the lucky ones, thousands of other children suffer with vision problems that are never addressed”, said Dr. A, who works at Harvard University Health Service and runs a private practice.

“More than 50 percent of the NVLD students failed vision exams, and many of these students had 20/20 eyesight”

Two years ago, when Micah was 9, he couldn’t sit still in class or read assignments, and was unable to finish homework. His mother took him to Dr. A, an optometrist who specializes in vision therapy.

After a few months, the family saw lasting results. According to his mother, “Before, he would sit forever and cry. Hours would go by and he still wasn’t able to do his homework. Now, he says school is so much easier. He used to wear glasses all the time, and now he only wears them for reading.”

Dr. A. tested about 800 children for three major vision issues:

Failure of the vision test is possible even with 20/20 eyesight because the Snellen wall chart only tests whether a child can clearly see letters 20 feet away. The wall chart does not test the ability to see near objects!

Many children often give up on reading because it’s just too hard.

The letters swim on the page, many times causing headaches. Most children do not report a reading problem because they do not realize that what they are experiencing is not normal.

Quite often, these children are mislabeled as having a learning disorder, such as ADHD or dyslexia— when in fact it is their vision that is impaired.

A study consisting of 6,000 students from New York showed that:

Prof. Gary Orfield, a professor of education and social policy at Harvard University, stated that too often students with vision problems end up in special education classes instead of getting vision therapy, “It’s a tragic situation because these are solvable problems”.