Have you been told your child has Gifted Learning Difficulty (GLD)?

GLD can be a mystery— how can a child be gifted intellectually, yet still experience learning difficulties?

The answer often lies in the diagnosis of a vision problem, most commonly caused by poor visual skills.

Poor visual skills can affect an intelligent child’s ability to perform to their academic potential. Here are a series of real life stories of children with GLD that benefited from vision therapy.

Lauren began Vision Therapy when she was entering 2nd grade. At that point, she had been dismissed by an ophthalmologist as having received all the service available!

Dr. X [a developmental optometrist] recognized that she could benefit from Vision Therapy. At school, Lauren was on a list to be tested for learning disabilities.

After therapy she was taken from the list and never tested due to her enormous improvements. Lauren is now a 3.95 GPA student in Troy High School. I recommend Vision Therapy. Parents need to be aware of the home therapy responsibility too.

Two years ago I walked into a doctor’s office with a child that, although proven to be a smart kid, had trouble grasping how to read. After an evaluation, Dr. X suggested Visual Therapy once a week. One year later, after Vision Therapy, Yehuda became an avid reader and a top student.

No parent looks forward to driving two hours once a week for Vision Therapy, but there is no bigger satisfaction for a parent to see than that his or her sacrifices have paid off.

I recently visited my son Mark, who was a Vision Therapy patient as a six-year-old, and we reminisced about how Vision Therapy was so significant in his early development.

We were referred because of his difficulty in learning to read, which led to a troubling behavior issue. He followed a Vision Therapy program to overcome his visual dysfunctions, which affected his processing of the reading material. Within a short time he mastered the assigned tasks, learned to read, and his behavior improved simultaneously.

His academic success progressed as he was able to enjoy learning. In contrast to his early negative reactions, today, Mark is a successful psychiatrist. He recalls the optometrists’ skill not only as a visual expert, but as an expert in child behavior modification.

Our family is grateful to you and we hope that other children will also have the same opportunities.

After three years of fighting with the school district, they have finally realized that Tyler is a gifted child in need of services! We had a meeting about two weeks ago. The IQ test they gave him showed him in the 140s so they claimed the test was invalid.

They then gave a different IQ test and this one showed him to be gifted also. It has been a long battle. Thank you for the work you did with Tyler and the Vision Therapy that enabled him to prove his true potential.

We are excited and thrilled. This is not the same kid we brought in January. She has been accepted in the AVID (Advanced via Individual Determination) program at school. We are total advocates of Vision Therapy.

The doctor provided these comments on Charlotte, age 10 at the time of exit interview;

Huge improvement, we are very pleased with Matt’s progress. Vision Therapy not only changed his vision, but changed his attitude. Overall, he is happier and more confident. He loves to read. We would recommend Vision Therapy to anyone.

A very bright youngster, advanced reading, used to read constantly, but all of a sudden lost his appetite for reading, saying that the “words are too scrunchy” and his eyes “won’t see them.”

Just a note to thank you so very, very, much for all the help you have given my daughter, Caitlin. Words cannot express the gratitude I and my family feel towards you and your incredible Vision Therapy program.

The reason this note is somewhat late is that I have been waiting for the results of some testing done on Caitlin by Dr. L. These tests have now shown an increase in Caitlin’s IQ performance test scores of several points and I think you should know that Dr. X credits your eye therapy program as the single source of this improvement.

Certainly, Caitlin has visual and auditory learning disabilities along with her intellect.

But thanks to you, she has improved so much that what visual disabilities are left leaves us with hope that Caitlin will continue, with your help, to compensate for them and succeed in the fulfillment of herself.

She is doing incredibly well in school, thanks to you.

She is an A+ student and is reading almost two grade levels above her age level. I find this so incredibly amazing considering the fact that we came to you less than a year ago and she couldn’t read at all at that time.

Even more wonderful, in my eyes, is the increase in her self-esteem and self-confidence as a result of this improvement and as a result of your kindness and individually-tailored type of therapy.

I will always be grateful for the fact that you “cared” and were truly involved in her treatment. Indeed, I believe Caitlin was equally aware of your genuine interest and I’m positive that was an additional, big incentive for her positive attitude towards the therapy.

Finally, I would like to thank you so very much for the help you have given to me. Indeed, I was ignorant and at a loss for direction when we came to you, but you helped me so much. You were always “there” to answer my questions and point me in the right directions for help and information as well as just simply providing the moral support I needed.

As I said, there are no words to express the gratitude we feel towards you, your staff and your program; but thank you will have to suffice. Please know it is a huge one.

If your child has a learning difficulty, contact an eye doctor near you, who can exam and strengthen your child’s visual skills.

Troy experienced problems with reading early in first grade. We had him tested and found out that he would not qualify for any additional assistance, or support in the school system because his scores were too high.

The problem was he was still struggling and behind in his reading.

We started to research other outside programs and that is what brought us to Vision Therapy. We are now at the end of 2nd grade and Troy is experiencing pleasure in reading, and is able to focus and concentrate on his school work.

His teacher cannot believe the progress he has made and has been very supportive of the program because of the results she has seen.

He has really improved in baseball and has become one of the best hitters on the team. His team counts on him to score. All in all, Vision Therapy has been a very successful experience for Troy.

Rik’s first grade teacher thought there was something wrong. “He’s obviously intelligent,” she said. “He tries very hard, but he’s not getting the results he should be getting. I think you should get his eyes checked again.”

The optometrist was all smiles and very reassuring. He’d used the standard tests for 20/20 vision and color perception. “No problems,” he said. “His eyes are fine.”

Great! His eyes weren’t the problem. We worked extra hard at home, but the gap between his effort and results continued into second grade. His teacher recommended that he be tested for learning disabilities. He did very poorly on those tests and was admitted to the Resource program.

He was evidently learning disabled, but what? How?

During this period my son’s mother and I were going through the process of a divorce, and a psychologist was appointed by the court to help with the children’s transition. After the very first session she said of my son, “I don’t think his eyes are working properly.

Have you heard of Vision Therapy?” No, but this was our lucky day. The psychologist put us in touch with Dr. X, an optometrist and vision therapist.

Reading was tough, and tests where questions were answered by filling in spaces or circles were like trying to catch soap bubbles for him. He could miss long columns of answers, unable to line them up properly.

Twenty-two weeks of Vision Therapy later, he began doing much better in school. He is now a fifth grader reading at a seventh grade level. He still has some spelling problems, but he’s much improved; and, significantly, his self-esteem is still intact, thanks to the wonderful, caring teachers at his elementary school.

If only the tests for eye teaming, focusing, and tracking had been added to the usual eye tests that’s given, what a bright world this could have been much earlier. The teachers did their job, but you only know what you know. This additional information must be provided to teachers, children, and parents. There are kids that pass the current 20/20 eye exam in schools, and these children can’t “see.”

We knew that we had a very bright child on our hands and we were completely frustrated with the school system. Here was a child who at the age of four wanted to be a paleontologist – not an archeologist – and who knew the meaning of and difference between the two.

By kindergarten we had checked out just about every book in the library for him pertaining to dinosaurs and then had to read and suffer through the pronunciations of their names. Dusty was testing out on a fourth grade level in science and social studies, but was on a pre-school level for math and reading.

When we started Visual Therapy, we did not know how much or how long it would take before we started to notice an improvement.

Although Dusty is still not quite out of the woods, the differences between where he was and where he is now go beyond a marked improvement.

We’ve also seen a noticeable improvement in his self-esteem, Dusty is now beginning to flourish in all avenues. Before he would shy away from anything that required pen to paper.

Now he finds art a pleasure to do. He’s always shown an interest in books and knowledge, but now he’s pointing to words and trying to pronounce them with us.

It goes on and on from there, all of which makes us most grateful!

If your child has a learning difficulty, contact an eye doctor near you, who can examine and strengthen your child’s visual skills. 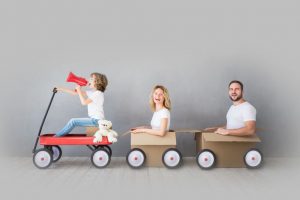 Our Most Viewed Vision for Special Needs Articles