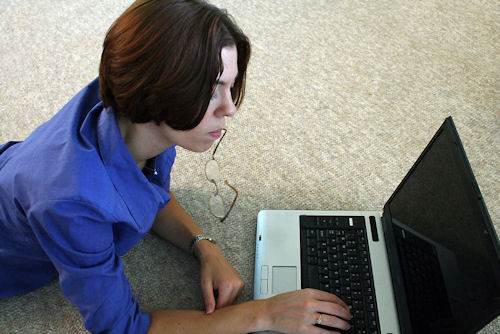 On average in the United States, children ages 8-12 spend 4-6 hours a day watching or using screens, and teens spend up to 9 hours.

Since the 1970s, an increasing number of children have developed myopia. The New York Times (May 3 2021) described the cause as being due to a mix of rising near-demands, such as digital screen usage and a lack of exposure to the outdoors.

But how much time do children spend in front of screens, and is there a relation between the two?

We’ve looked into multiple studies to see what the evidence supports.

How much are children actually looking at screens?

According to a study, published in the journal Pediatrics, conducted in Philadelphia on four-year-olds over 50% had their own television sets and 75%  had their own mobile device.

The McCrann et al data usage study suggested that teenagers dedicate double the amount of time to smartphone use than they do to all other types of near work. This study also found that each younger age group spends more time in bed on the devices than the one before them.

The Journal of Paediatrics (2011) suggested that 47% of children were spending more than two hours a day on a screen for entertainment, and by 2019 that number had escalated to 98% in the US.

Schedule an appointment with an eye doctor near you who can diagnose and manage your child’s myopia.

The link between screen time and myopia

The prevalence of myopia has grown over the past few decades, a trend that coincides with children’s increased usage of digital devices.

The question is: Is myopia caused by screen time, or are they co-existing features of today’s visual environment?

McCrann et al, conducted a novel survey which focused on data usage as an objective measure of time spent on the device, and correlated that to frequency of myopia. They discovered a strong link between increased data usage and myopia.

The authors of Ophthalmic & Physiological Optics published a systematic review in 2020, the aim was to discover the association between the time children spent on digital devices and any myopia incidence, prevalence or progression.

The review took data from 15 studies which had explored this association and was combined with meta-analysis. The more recent studies agreed on an emerging trend of screen time being associated with myopia.

These published studies show that it’s important to encourage children to step away from the screen and spend up to 2 hours outdoors, every day.

Research shows that simply spending a few hours outside not even for exercise, but just for the sunlight, every day-will decrease the likelihood of developing myopia.

Schedule an appointment with an eye doctor near you who can manage your child’s myopia.

Back to:
Myopia Management: MiSight Lenses »