Home  >  Children’s Vision  >  Vision for School  >  What Are ‘Low Plus’ Lenses?  >  Vision Therapy for Self Confidence: Success Stories 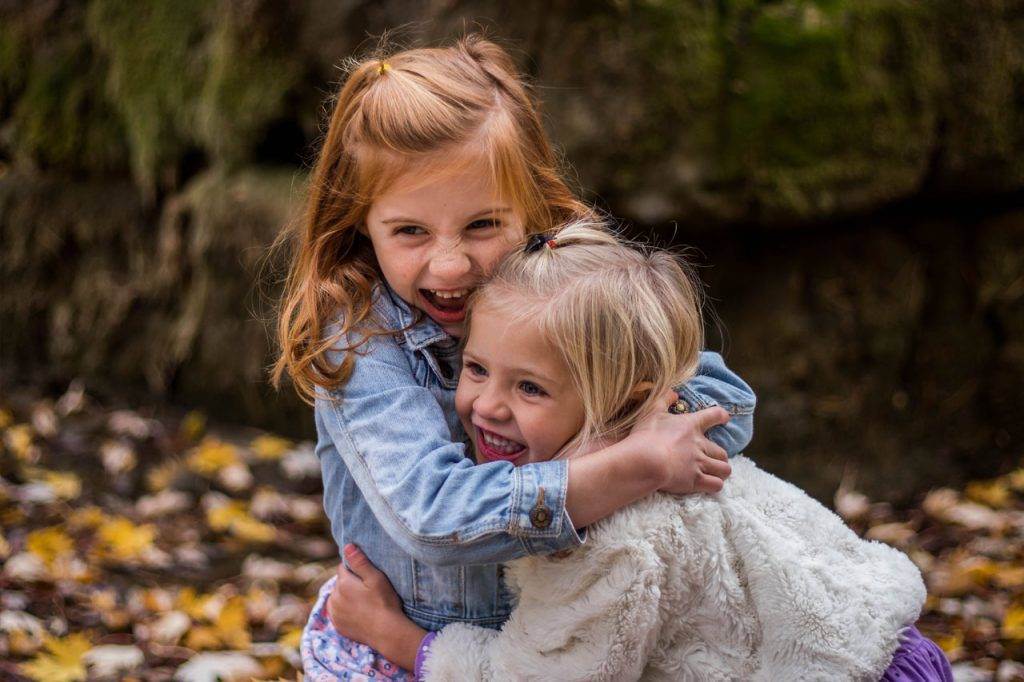 Real life stories of children who struggled with self confidence as a result of an underlying vision problem.

I believe that Jason has shown improvement in his self confidence and the way he thinks about himself. Before Vision Therapy, his self image was not all that great— he would put himself down a lot, saying things like “I’m dumb, stupid, I can’t understand anything.” This has changed. He seems to be a lot happier with his achievements. Before the therapy, he could not focus for long periods of time, now his concentration has improved.

I would recommend Vision Therapy to other parents so their children can have the self-confidence they need to succeed in their school work and other areas of life.

J.D. has made remarkable progress in many areas of his life since beginning Vision Therapy. He is much calmer and self confident. Last year, third-grade, was very difficult and frustrating to him and his parents. Reading was a chore that often ended in tears and with the words, “I’m so stupid.”

In contrast, after six weeks of Vision Therapy, J.D. said “Mom, you can skip my allowance this week, just take me to Bookworld.”

I can’t stress enough what a drastic change for the better his life has taken. We are extremely grateful for this opportunity to help him.

When my son Josef first came to the Vision Therapy program, he scored very low on the IQ test. This made us very concerned. During Vision Therapy, we worked with him and at first we could not appreciate any change. Then came testing time and lo and behold, my son’s test scores had jumped over 60 points!

But not only that, he scored well above his age level in many areas. I still can’t believe it. Dr. X and his Vision Therapy program are a Godsend.

I am confident that my son will do well at Yeshiva this year!

Before therapy, J.R’s handwriting was very difficult to read. Now, his ability to focus on the individual letters, as well as the overall word, has improved both his reading and writing.

I highly recommend Vision Therapy. Over the past year, I have seen many students currently pegged as having “bad behavior,” but who are merely reaching out for support and attention.

They feel “dumb, stupid” etc., because they are smart enough to realize they are not keeping up the work level, but do not realize that it is the visual processing that is creating the problem.

My son Cody has shown great improvement in school since he started vision therapy. I was amazed when he brought his report card home. He reads much more fluently now. Cody used to fight with me every night because he didn’t want to do his homework.

It usually took him 2 to 3 hours every night to get his school work done (if I got him to do it). He avoided reading and writing at all costs. But now he comes home from school and does his homework right away with no arguments.

Cody’s confidence in himself has grown. Kids called him “dummy” at school; they have stopped now. He is much happier and much more outgoing. Before Vision Therapy, I was so frustrated with him. I felt helpless, and hopeless. His teacher was ready to pull her hair out. I couldn’t figure out what was wrong with him. I knew he was not dumb. But he just didn’t care about anything.

I am so happy that we found Vision Therapy.

As of Chelsey’s 7th session of vision therapy, we have noticed big changes, not only mentally but physically and emotionally. She is not down on herself like she was before. Before Vision Therapy, she would come home crying that she was stupid, dumb, and would say she had no friends.

Day after day we prayed for some answer. We had test after test and everything was normal. Finally, we were blessed to find an optometrist who cared and who referred her to a wonderful developmental optometrist.

Now, Chelsey comes home from school with a smile and is excited to tell me about her day.

For years Chelsey came home with school work and spent hours doing it and I never understood. Since therapy, she gets most of her homework done at school and has some for home, but wow, it doesn’t take her long at all.

Her grades have gone up. Her Social Studies teacher told us he has noticed her self-confidence has gone up. Her face doesn’t get red when she gets upset because she isn’t so frustrated like before. Kids notice a change; the girls seem jealous and the boys are liking her.

Chelsey entered “battle of the books” this week. This was a shock because for years she didn’t care to read. On the way to therapy, I asked her what made her join. She said, “Mom, I want to do this, when I read now things make sense.”

Chelsey isn’t clumsy like she was. Before, when she poured juice, she dumped it. She ran into things all the time and was very poor at sports.

All this has changed for the better, even her posture and walking. I could go on and on!

Vision therapy has been a major blessing in this house. My son, Peter, has benefited so much from it. His life has turned on to a path of ability, achievement and potential. This path and these destinations were not open to him prior to vision therapy. Peter’s willingness to try has come alive, because he now knows he can do so much!

Peter’s grades and achievements in school have gone up, up, up. His rough days and poor grades are not as severe and come further apart. We are thrilled with this direction. Peter now asks us to read not only to him, but with him, and wants to leave the light on at night to read.

My son no longer throws his papers in the trash, or tears them up into little pieces. It takes him about 5-10 minutes to do his homework, instead of 30-60 minutes. He can write much more clearly, and his reversals are continually improving.

In the last two months, Peter has discovered he can draw and color, and that it is fun! One of his favorite activities is to make up his own mazes.

Visual therapy has changed our son’s attitude on life and himself. Peter now has an optimistic approach to life. What a gift we have received at the end of the road you have sent him on.

He is a beautiful, wonderful child, unfolding before our eyes. Thank you for the vital role you have played in his life.

Today, Alex reads at grade level, reads for pleasure and writes legibly. And while he continues to work at mastering reading and writing, we are confident that the skills he now possesses will permit him to keep up with his studies – and excel in the classroom.

With your guidance, he has maintained a positive attitude toward therapy— rarely feeling discouraged and always appreciating that he was not “stupid”, but simply needed to complete some tasks to improve his schoolwork.

Alex now has the skills he needs to succeed in school, and we are certain that your therapy has been the most important factor in his improved skills.

Anna never had a noticeable problem in her school work. She did a good job at covering up her problem. Her confidence has greatly improved. She is a happier child and can’t wait to start school this year. In fact, she has started her math already.

She continues to be an avid reader.

The one thing I notice most is her confidence level. She used to be so unsure of herself and hesitated a lot when trying to read (not even trying to pronounce a word). Now, she may not know the word, but she will try to pronounce it without getting really frustrated with herself.

Kelly’s grades have also improved and her teacher has commented several times about her reading and the improvement since we began Vision Therapy.

There is nothing worse than watching your child struggle and not being able to help them.

I am so thankful we found Dr. X so that Kelly could get the help she so badly needed!

Alteasha started Vision Therapy with very low self-esteem, and the inability to concentrate when reading. She would rub her eyes, her head would begin to hurt, and she would become so distressed that she would cry because she knew she had a problem. This child was not dumb or stupid. She was crying out for help.

I found that help with Vision Therapy. Alteasha now walks tall and strong, she reads with confidence, and her comprehension has improved greatly.

She used to struggle to complete her homework. Most of the time, I did most of it. Now she says, “I can do it myself,” and she does. Alteasha passed her reading and math exam. Without Vision Therapy I know this would not have happened.

I recommend Vision Therapy to all parents who have been told their child cannot make it.

Even after being tutored for several years, our son was still having difficulty in school. He did well with an oral lesson, but struggled with written assignments. Homework took hours to complete— he would misread words, lose his place easily and not be able to concentrate. We were relieved to finally have a solution to Ryan’s reading difficulties and an explanation for his struggles.

Vision Therapy increased his confidence and self-esteem. His grades are steadily improving and he reads more on his own and for enjoyment.

I would definitely recommend VT.

Loni is now on the honor roll at school and loves school. What changes have I seen from Vision Therapy?

Troy has always been a hard working child, but he tried to memorize everything, which was just impossible. Vision Therapy has helped Troy develop new skills, which has helped improve his grades and self-confidence.

It’s a shame a program such as this cannot just be incorporated into our school systems. Hopefully, I can help spread the word about the program so others can benefit.

He wants to be a good reader and the therapy has helped a lot.

We have seen huge changes in Hannah’s attitude toward school, reading, and in attempting new things. She now anticipates that she will be successful. We have noted improvements in reading, grades, spelling, enjoyment of school, self-esteem, better memory, concentration and attention span. She is also less clumsy!

We cannot thank you enough for the help you have been to Hannah!

Does your child suffer from low esteem as a result of their academic struggles?

Schedule a vision evaluation as soon as possible.

Vision therapy can help your child achieve the visual skills they need for clearer, more comfortable vision— improving their academic success and boosting their self esteem. 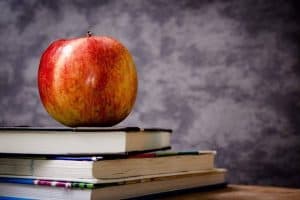 Back to:
How Does Vision Affect Learning? »