Find an Eye Doctor
Home  >  Children’s Vision  >  Healthy Eyes for Life: 8 Ideas to Teach Children  >  The Truth About Gaming and Your Child’s Vision

The Truth About Gaming and Your Child’s Vision 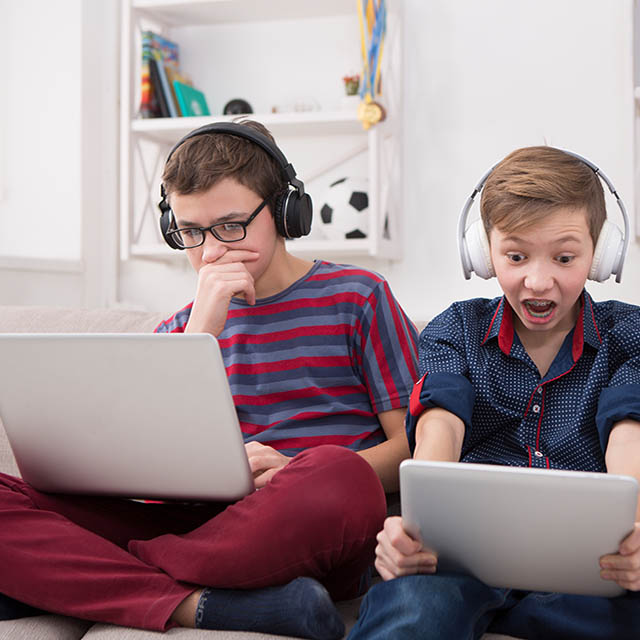 According to the C.S. Mott Children’s Hospital, Michigan (2020), 86% of parents believe their child spends too much time playing video games — but can gaming harm your child’s vision?

The debate around whether video games have a harmful effect on children’s mental and physical well-being has been raging for decades.

Here are some signs that you child may be spending too much time on their gaming device:

Blinking is an essential to keeping your eyes hydrated throughout the day.

Each time you blink, your eyelids spread tears over the surfaces of your eyes, to effectively lubricate and moisturize your eyes.

Unfortunately, multiple studies have shown that people who look at digital screens – including the computers, phones and tablets on which video games are played –  tend to blink 66% less often than at other times.

In extreme cases, the ocular dryness caused by extended periods of reduced blinking can cause permanent damage to the cornea.

Looking at a TV screen while playing video games, demands a different kind of visual focus, as well as extra effort, than when focusing on a flat, stationary object, such as text on a piece of paper.

There is constant movement on the screen, forcing your eyes to move and refocus every few moments.

This overuse of the eyes can cause eye strain or headaches.

To learn more about how to maintain the vision benefits of video games, while minimizing the risk of symptoms, speak to an eye doctor near you.

Hours looking at a screen can also cause problems with visual focusing.

This refers to the eyes’ ability to keep images in focus as they move from looking at items or points in space up close to those farther away.

With video games, the long periods of time spent staring intently at the screen may cause your eyes to ‘over-focus’ at the screen, and be temporarily unable to properly change focus for different distances.

This ‘over focus’ can eventually cause your child’s vision to be blurry, especially when looking up, which increases their risk of developing myopia.

Signs of myopia include:

To solve this issue, many eye doctors recommend that children wear specially prescribed gaming and computer glasses while they play.

Extended time on video games and other electronics can cause a condition known as Computer Vision Syndrome (CVS) or digital eye strain.

CVS is characterized by symptoms including:

These symptoms are caused by a number of factors, including low screen contrast and glare, which make your eyes work harder to focus.

Be sure that your child’s screen is set to proper screen contrast. Most people’s eyes are comfortable with contrast at about 60 to 70 percent.

You can also ensure that your child has good lighting in the room and that the screen is not placed in front of or opposite a window where sunlight is coming in. This will reduce glare while they play.

To help prevent or minimize the symptoms mentioned above, encourage your child to take frequent breaks from their games. Roughly every 20 minutes, they should pause their game, walk away and do something else.

Extra points if that something else is outside in the sun, since studies have shown that increased time spent outdoors is beneficial for a child’s overall health and slows the progression of myopia.

Can gaming be beneficial for your child’s eyes?

Video games aren’t all bad for your child’s vision. When played in moderation, eye care professionals have identified a number of potential benefits of video games.

According to a study from UC Berkeley, published in August 2011 in PLOS Biology, the fast-paced nature of action games presents an ever-shifting visual landscape that can train your eyes to efficiently pick up, focus on and process information on the fly.

This unique visual challenge of gaming can improve a number of visual skills, including contrast sensitivity, visual attention and visual reaction time.

For these same reasons, certain video games have become an integral part of comprehensive rehabilitation therapy programs for adults and children with amblyopia.

Schedule an appointment with an eye doctor near you if you child is showing any of the signs outlined above.

Many parents are concerned that video games may be harming their child’s vision and eye health.

Here are some vital signs that may indicate the need to see an eye doctor. 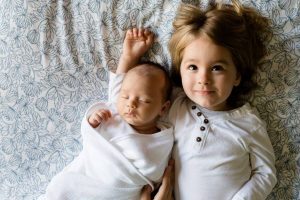 Next Article
Healthy Eyes for Life: Babies and Toddlers »