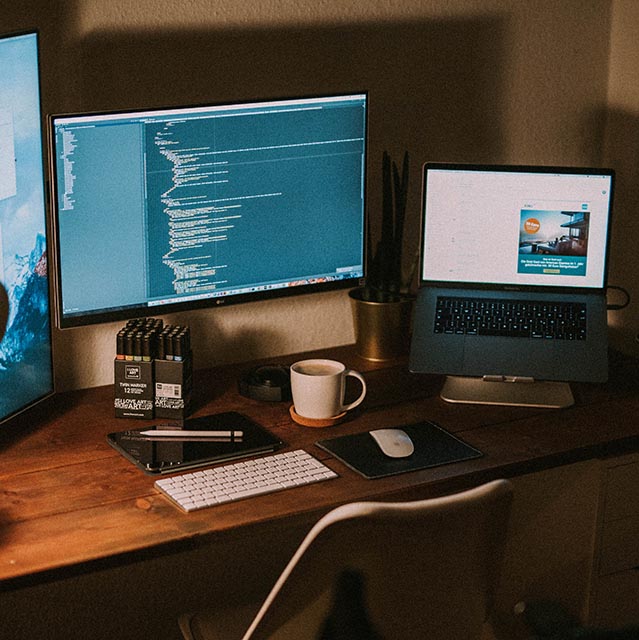 Does your child stare at a computer screen for hours at a time? It could be affecting their eyes.

There’s some controversy about the topic of blue light, especially when it comes to children’s screen time and eye health.

Some argue that it is harmful to a child’s developing eyes, causing retinal damage and other eye conditions. Others say there is no need to be concerned about blue light.

Let’s look at what science has to say about blue light and whether you should get your child or teen a set of blue light glasses.

What is blue light?

On the visible electromagnetic energy spectrum, blue light is a high-energy light. Some forms of bright blue light have a frequency that is similar to UV light, which can pass through the eye and reach the retina.

The sun is the most common source of blue light, but it can also be found in artificial indoor lighting, smartphones, and other digital devices.

The evidence on the safety of blue light on retinal health is ambiguous. The majority of studies proving blue light’s negative effects were conducted on rats rather than humans, and used extremely high levels of blue light.

Scientists are attempting to discover whether digital screens and indoor lighting, which generate significantly less blue light, might damage the eyes in the long-term.

Integrative Biology published a study where petri dishes were utilized to house retinal cells that were exposed to high-intensity blue light. The retinal cells in this experiment exhibited dramatic alterations and even cellular death as a result of the strong exposure.

Blue light has two unmistakable effects: it reduces the quality of our sleep and causes eye strain.

Certain cells in the retina are activated by blue light and communicate with the pineal gland in the brain. Melatonin, a sleep hormone produced by the pineal gland, is an important component of the circadian rhythm. When blue light suppresses melatonin production, it can lead to poor sleep quality or insomnia.

If you’re concerned about blue light affecting your child, contact an eye doctor near you.

For today’s students who spend a lot of time in front of electronics, especially at night, blue light glasses are a smart choice.

According to a study conducted by the University of Houston, participants (ages 17-42) who wore blue light glasses had a 58% boost in their overnight melatonin levels.

This conclusion is significant for children and teenagers who spend their evenings working or playing in front of a screen.

According to a small study published in the Journal of Adolescent Health, blue light glasses were found to be efficient in reducing alertness and promoting melatonin production in healthy teenage boys.

Some studies have discovered a correlation between a child’s biological clock being interrupted and an increased risk of a variety of health issues, including metabolic syndrome, depression, and cancer.

Blue light glasses don’t claim to reduce these hazards; rather, they boost a child’s ability to create more melatonin, which may lead to better sleep quality.

Digital eye strain symptoms in children and adolescents include:

How do blue light glasses work?

Blue light glasses normally filter out around 80% of the blue light that enters the room.

Most researchers recommend minimizing screen usage wherever feasible and using 100% UV-blocking sunglasses when outdoors throughout the day because there is no way to filter out 100% of blue light.

Computer glasses include a slight magnification in the lenses to relax the eye muscles from constantly focusing on the close screen. While, to filter out blue light, blue light glasses usually have a yellowish tint.

If your child spends hours on a computer studying or doing schoolwork, or playing games on their phone or tablet, you should consider blue light glasses to help them sleep better and prevent digital eye strain.

Schedule your child’s eye exam with an eye doctor near you to safeguard their vision and eye health. 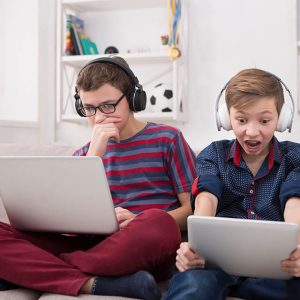 Next Article
Protecting Your Child From Digital Eye Strain »