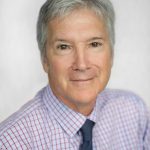 Prior to graduation, he helped establish mobile clinics in rural Honduras, and upon his graduation, he was given direct appointment as a lieutenant in the United States Navy Medical Service Corps. He was stationed at Balboa Naval Hospital, San Diego, where he directed the Vision Therapy Clinic.

He has been honored by the American Optometric Association as Sports Optometrist Of The Year, and by the College of Optometrists in Vision Development by receiving the Getman Award, its highest award for clinical excellence.