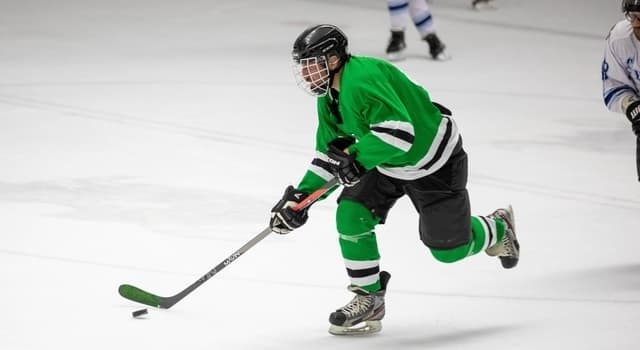 Did you know that the strength of your visual skills can actually affect your ice hockey performance?

Wayne Gretzky, known as the “The Great One”, is the leading scorer in NHL history, with more goals and assists than any other player.  He is the only NHL player to total over 200 points in one season— a feat he accomplished four times. At the time of his retirement in 1999, he held 61 NHL records: 40 regular season records, 15 playoff records, and 6 All-Star records.

Ice hockey is a sport that involves speed, balance, and intense concentration. Ice hockey players must be fully aware of their surroundings, and focused on the game— otherwise they could end up with a miscue, or even an injury.

Your vision consists of many different visual skills that help you to clearly see everything in your environment, and react to them appropriately.

When playing ice hockey, your visual skills are working hard to help you to succeed and perform to your potential.

This article will explain why your ice hockey skills are actually dependent on your visual skills, and help you to understand the specific visual skills necessary for success in the game.

Which visual skills are necessary for optimal ice hockey performance?

This visual skill allows you to clearly see the puck as it flies around the rink at over 100 miles per hour, even while you are in motion.

Your accommodative skills allow you to clearly see objects, even when constantly switching focus between distances.

This visual skill helps you to constantly change focus for various distances, while keeping every object clear— from the puck at the end of your stick to the goal over 200 feet away.

Anticipation timing allows you to recognize the most opportune and appropriate time to react to a situation. Most miscues occur as a result of poor timing— either the player acted too early or too late, as a result of poorly received visual information.

Maintaining focus and concentration while playing ice hockey is a vital skill for optimal performance. High levels of concentration will help you to stay focused on the puck, your teammates, and opponents— enabling you to score points, and move around the rink as necessary. If you lose focus easily, you may miss a pass from a teammate, or be beaten to the puck by another player, resulting in disappointment and frustration.

If you play defense, your focus and concentration skills are especially important when faced with a two-on-one rush. Additionally, goalies must be able to keep focus on the puck from a great distance in order to effect the stop in time.

Depth perception is essential for quickly and accurately judging the distance between yourself, your teammates, your opponents, the puck, boundary lines, the goal.

Depth perception is crucial in ice hockey as the rink is over 200 feet long and the game moves at lightning speed.

This visual skill is especially important for defense and goalkeepers as it enhances their ability to judge the distance, speed, and direction of the puck as it travels toward them— helping them determine their next move to prevent the opposing team from scoring a goal.

Depth perception is also essential for the other players on the ice because it facilitates effective passes, prevents off-sides, and helps set up that ‘go-ahead’ goal.

When you’re skating over 25 miles an mile, excellent eye-hand coordination is an essential skill to have. This visual skill allows you to react to incoming visual information with accurate body movements.

Strong eye-hand coordination enables accurate timing and control over body movements, such as being in the right position, to shooting to the open part of the net, deflecting shots, and making a glove save.

The ice hockey rink is 200 feet long and 85 feet wide, so clear peripheral vision is vital to your performance on the rink.

Peripheral vision allows you to see everything around you, without needing to turn your head. This visual skill is necessary for awareness of your surroundings, the other players moving around you, and anything else happening on the ice.

Good peripheral vision enables you to maintain focus on the puck carrier, while still being aware of your teammates and opponents around you in order to avoid a miscue or even injury. Using your peripheral vision, and seeing all that is going on around you will also give you confidence in both your skating and puck handling.

Speed and span of recognition

With skating speeds up to 29mph and pucks regularly clocked at 100/mph, ice hockey is renowned as one of the fastest sports. Speed and span of recognition is an essential visual skill that allows you to respond and react to a play as quickly as possible. Since ice hockey is a fast paced game, the players must process many different actions happening simultaneously, while maintaining focus on their individual task.

The faster the speed and wider the span, the more likely you will be able to stay in position.

When you have under a second to react to a shot, your reaction time is crucial to your performance. Visual reaction speed allows you to interpret, process, and respond to an action quickly, without delay. Fast visual reaction time allows a faster physical response— enhancing the flow of the play, creating a turnover, gaining control over a rebound, or making a save. The opposite is also true, a slower visual reaction time may cause you to become a victim of a body check.

How can I improve my ice hockey skills?

If you are a dedicated ice hockey fan, but are struggling to perform to your athletic potential on the ice, you may be able to up your game by improving your visual skills.

The good news is, with vision therapy, you can strengthen your visual skills to block that shot, save that crucial penalty, or hit that last second, buzzer-beating, game-winning goal.

Schedule an appointment with your eye doctor for a thorough evaluation of your vision and visual skills. Your doctor will determine which skills require strengthening, and can prescribe a program of vision therapy to improve your vision, and enhance your ice hockey skills.