Eye Anatomy: The Front of the Eye 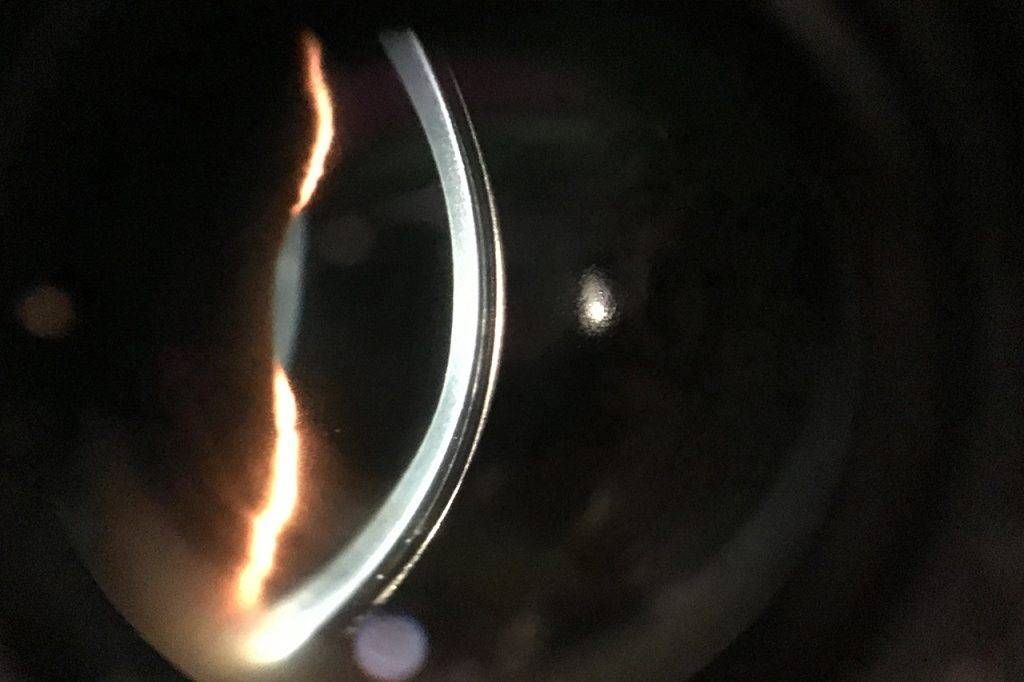 Did you know that the eye is made up of over 2 million parts, each contributing a distinct vital role in your ability to see?

The eye is a complicated organ (second in its complexity to the brain), and all of its parts need to work in perfect harmony to enable you to see the world around you.

The following ocular structures lie within the outer and middle layers of the eye, also known as the anterior area of the eye.

The outermost layer of the eye consists of the sclera, also known as the white part of the eye.

The sclera is made up of tough fibrous tissue and is responsible for giving the eye it’s round shape and protecting the inner structures of the eye. The sclera is thickest in the back of the eye as it provides extra protection to the area around the optic nerve.

The sclera consists of three parts:

The sclera at the front of the eye is covered with a protective tissue called the conjunctiva.

The conjunctiva is the thin, clear tissue that covers the sclera and cornea, and wraps around the entire front of the eye, connecting the eye to the underside of the eyelids.

The conjunctival connection of the sclera to the eyelids prevents any objects from “getting lost behind the eye”— a common concern of first time contact lens users.

The conjunctiva lubricates the eyeball and allows the eyelids to easily slide over the surface of the eye upon blinking. This tissue is highly vascularized and can become inflamed or infected easily.

When the conjunctival vessels become swollen, the eye appears red or pink— this is generally caused by an infection called conjunctivitis, also known as “pink eye”.

Often, the conjunctiva can become red from other conditions as well, such as dry eyes and eye allergies.

The cornea is the clear outer layer of the eye that protects the eye from harmful particles and ultraviolet rays.

This part of the eye is also responsible for bending the light that enters the eye. The cornea’s shape or curvature determines the eye’s focusing abilities for both near and distant objects.

The cornea is the area of the eye that contact lenses are positioned, and the tissue that LASIK surgery is performed on.

The cornea receives its oxygen from the environment and does not contain any blood vessels (avascular). This enables light to easily pass through for clear vision.

The cornea consists of five layers:

Corneal disease or infection can affect the cornea’s ability to function normally, and cause vision loss and even blindness.

The anterior chamber is located between the cornea and the iris.

The anterior chamber is filled with a clear fluid called aqueous humor which helps to maintain the shape of the eye and provide nourishment to the ocular structures.

When this happens, a serious eye disease called glaucoma, can develop.

The trabecular meshwork is made up of connective tissue and is located between the iris and the cornea.

This tissue is responsible for draining the aqueous fluid from the front of the eye into the veins of the eye, and eventually into the bloodstream.

Glaucoma surgery is typically focused on the trabecular meshwork, with the goal of opening up any blockages and reducing eye pressure.

The pupil is the black hole in the center of the iris through which light can enter the eye.

The pupil controls the amount of light that enters the eye by widening and constricting in response to the intensity of the light. The size of the pupil is controlled by the muscles in the iris around it.

If the pupil does not dilate or constrict in response to light, it may signal a neurological problem.

During an eye exam, the pupils are dilated with the use of special eye drops in order to allow the eye doctor to examine the inner structures and the retina in the back of the eye.

The iris is the pigmented part of the eye that encompasses the pupil. The iris contains muscles that adjust the pupil’s size in response to light intensity.

The color of the iris is what gives us green, blue, hazel, brown or dark colored eyes.

The ciliary body is a muscle that is located behind the iris.

This muscle is responsible for focusing, also known as accommodation, and changes the shape of the eye’s lens.

This response allows us to shift our focus between near and distant objects.

The uvea is responsible for transporting blood to the retina, and consists of the three inner structures beneath the sclera: the iris, ciliary body, and the choroid.

Uveitis is a condition that can occur when the uvea becomes inflamed, and is typically caused by an autoimmune disease, viral infection, or eye injury.

In most cases, uveitis does not cause any serious problems, but vision loss can occur if severe cases are left untreated.

The lens is located behind the iris and is responsible for bending the light it receives from the cornea, and focusing that light onto the retina.

The lens changes its shape to enable you to shift focus and see clear images at all distances.

As we age, the crystalline lens begins to harden and lose its flexibility, causing presbyopia— the reason why many people wear reading glasses as they get older.

Additionally, over time, the lens becomes cloudy, causing a condition called cataracts. Cataracts usually develop slowly over time and can be treated with cataract surgery as they begin to impact daily living.

To learn about the structures in the back of the eye, click here.

To learn about the external structures of the eye, click here. 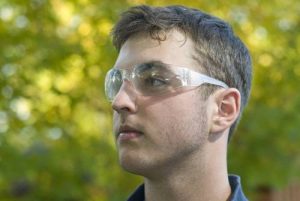 Next Page:
Eye Protection at Home »