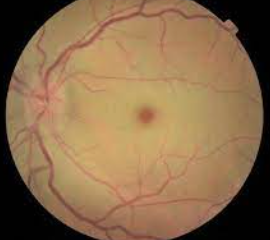 Retinal artery occlusion (RAO) is an eye emergency and causes sudden vision loss in over 2 people per 100,000 every year.

The retinal nerve layer inside the eye receives oxygen from the retinal artery, which enters the eye through the optic nerve.

What is retinal artery occlusion (RAO)?

RAO occurs when there is blockage of the retinal artery which carries oxygen to the nerve cells in the retina at the back of the eye.

A lack of oxygen flow to the retina will cause a sudden and dramatic vision loss.

There are two types of RAOs:

RAO occurs when an embolus, a tiny particle of cholesterol that restricts blood flow, or thrombus, a blood clot, obstructs the retinal artery.

If the blockage breaks up and blood flow to the retina is restored, the retinal artery occlusion may be transitory, lasting only a few seconds or minutes, however if the blockage remains the vision loss will be permanent.

Common risk factors for RAO include:

What are retinal artery occlusion symptoms?

The obstruction of a retinal artery is frequently accompanied by a painless loss of vision in one eye. The visual loss is determined by the area of the retina impacted by the blocked arteries.

Symptoms depending on the type of RAO.

BRAO may go unnoticed with no symptoms if the afflicted area is not in the center of the eye or is very limited in size.

If you’ve experienced any sudden vision loss, contact an eye doctor near you.

How is RAO diagnosed?

The red spot appears as the macula appears bright red, but the surrounding retina appears pale, due to a lack of blood flow.

BRAO appears as an area of superficial retinal whitening along with obstructed vessels.

The whitening of the retina lasts about 4 to 6 weeks until it starts to fade. The filling of the retinal arteries is delayed, according to fluorescein angiography (FA). Optical coherence tomography (OCT) reveals swelling in the inner layers of the retina in the affected area, which atrophy over time and become much thinner than normal.

There is no clinically proven treatment for CRAO; however there are several therapies that may be used including:

However, in order for any treatment to be effective in CRAO, it must be used within a limited time frame, most likely within 4 to 6 hours after the onset of symptoms.

Unfortunately, none of these treatments has been shown to modify disease progression in a predictable way.

If you experience any sudden loss of vision, schedule an appointment with an eye doctor near you who can evaluate your eyes and vision.

A person suspected of having sudden vision loss or any retinal condition should be taken to the emergency room or to a primary care physician as soon as possible. 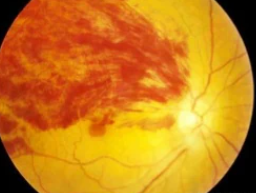