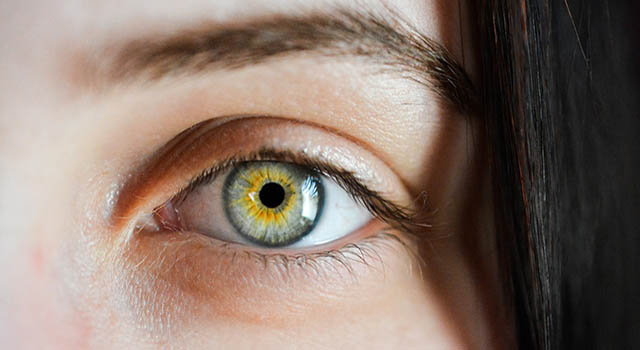 The pupil is the black hole in the center of the iris— the part that gives your eye its unique color.

The pupil controls the amount of light that enters the eye by widening and constricting in response to light intensity.

Occasionally, the two pupils can appear unequal in size.

In most cases, having two different pupil sizes is not a cause for concern — but in some cases, it can indicate a serious problem.

Anisocoria may be diagnosed if one pupil is bigger or smaller than the other. In some cases, the pupils may continue to respond normally to light, while in other cases, their responses may differ from one another.

Caution: If you notice that your pupils suddenly become unequal in size, seek immediate medical attention as this can be a symptom of a medical condition that requires prompt treatment.

There are four main types and causes of anisocoria:

Also called essential anisocoria and physiologic anisocoria, this is the most common type of anisocoria, that has been shown to affect 20 percent of people.

This is a benign condition that causes the pupils to differ in size, usually by up to one millimeter in diameter, without affecting the pupils’ response to light. This condition can be intermittent or constant, and may even go away on its own without medical intervention.

The precise cause of this type of anisocoria has yet to be discovered.

Pathologic anisocoria develops from an underlying disease or condition.

The anisocoria is generally treated with the treatment of the iritis. Though sometimes, the pupils may remain unequal even after the iritis has been treated.

This syndrome is usually caused by an underlying medical condition, such as a tumor, spinal cord injury, or stroke— though sometimes, the cause is unknown.

Horner’s syndrome affects the pupils’ ability to dilate normally in low light (within five seconds) and instead generally leads to a delayed pupil response of around 10 to 20 seconds.

This condition generally affects only one pupil, and can develop when the nerves that innervate the muscles responsible for pupil constriction, become damaged. When this occurs, the affected pupil usually does not respond to light normally.

In most cases, the cause of Adie’s tonic pupil is not understood, though it primarily affects women ages 20 to 40 years.

The third cranial nerve (oculomotor nerve) innervates some of the muscles that control eyelid and eye movement, as well as pupil size. If this nerve becomes paralyzed from an aneurysm, brain hemorrhage, or tumor, the pupil will appear dilated at all times.

Children with third nerve palsy can develop this condition from a migraine, meningitis, or other severe infection.

Symptoms may also include:

This condition is considered a medical emergency. If these symptoms come on suddenly, seek immediate medical attention.

Mechanical anisocoria can occur following a trauma to the eye that has caused damage to the iris or the structures around it.

Mechanical anisocoria may also develop from an ocular tumor or congenital condition that affects the structure of the iris, such as:

Pharmacologic anisocoria can develop as a side effect from certain medications.

What to do if you notice your pupils are unequal

If you notice that your pupils are not equal in size, schedule an eye exam as soon as possible to rule out any serious conditions.

Be sure to inform your doctor if you recently suffered a head or eye injury and/or if you are experiencing any of the following:

The sooner you determine the cause of anisocoria, the sooner your eye doctor can advise the most appropriate treatment plan. 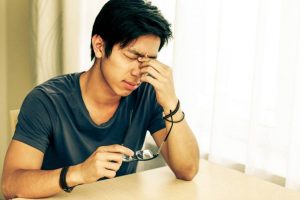