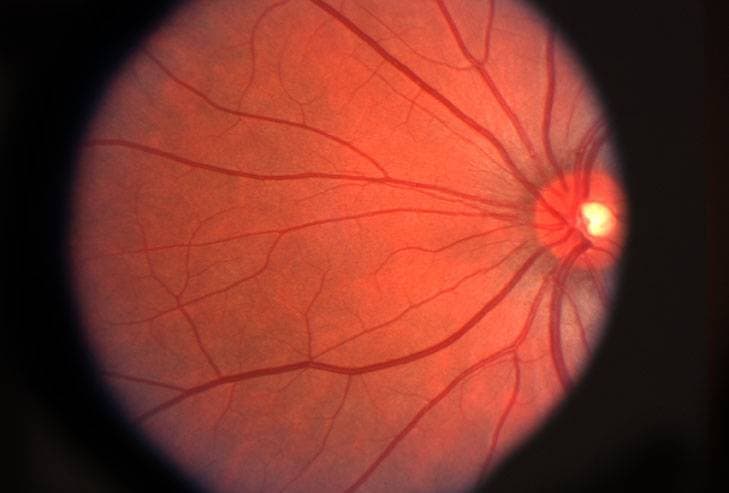 What is the primary function of the retina?

The retina is a thin layer of tissue that contains millions of light-sensitive cells (rods and cones), and is located in the back of the eye. The primary function of the retina is to receive, organize, and send visual information to your brain, through the optic nerve. This whole process enables you to see.

What is retinal disease?

Many retinal diseases and conditions present with similar signs and symptoms, such as:

Who is at risk of developing retinal disease?

Certain factors may increase your risk of developing a retinal disease, such as:

Retinal disease can present in many different forms. The most common retinal diseases, their causes, symptoms, and treatments are provided below.

A retinal tear occurs when vitreous gel that fills the eye begins to shrink, pulling on the retina with enough force to cause the retinal tissue to tear.

As we age, the vitreous tends to separate from the retina, creating a posterior vitreous detachment (PVD).

A posterior vitreous detachment affects more than 60 percent of people over age 70.

In most cases, a PVD does not cause any complications. However, some people are born with a more sticky vitreous which causes it to pull away from the retina in an abnormal way, resulting in a retinal tear.

In rare cases, a retinal tear may occur as a result of an eye injury or trauma to the retina.

A retinal tear can cause sudden vision changes, such as black spots or floaters and flashing lights. Retinal tears can increase the risk of retinal detachment and severe vision loss.

Retinal detachment generally occurs when fluid travels through a retinal tear and causes the retina to detach from the other tissues in the back of the eye— cutting off its blood supply and ability to function properly.

The symptoms of a retinal detachment depend on the extent of the detachment, and can vary from no symptoms at all, to seeing floaters, flashing lights, and a shadow that blocks the peripheral vision and sometimes central vision as well.

Three main causes and forms of retinal detachment include:

A retinal detachment may be treated through laser treatments, surgery, or freezing treatments (cryotherapy) to repair any tears in the retina and to reattach the retina to the back of the eye.

Diabetic retinopathy is a serious sight-threatening complication of diabetes that can lead to blindness.

This disease is caused by high levels of sugar in the bloodstream, resulting in progressive damage to the retina.

There are three different types of diabetic retinopathy:

Epiretinal membranes (ERMs) are also known as cellophane maculopathy, or macular puckers. Epiretinal membranes are semi-translucent, fibrocellular, and avascular— containing few or no blood vessels. They form on the inner surface of the retina, causing minimal symptoms— though sometimes, if they affect the macula, they can cause painless visual distortions and vision loss.

An ERM is made up of glial cells that grow and accumulate on the surface of the retina. The membrane resembles a wrinkled piece of cellophane, and overtime begins to contract and pull on the retina— leading to vision distortions such as blurred or crooked vision, and vision loss.

Research has shown that ERM affects up to 2 percent of patients over age 50 and 20 percent over age 75.

The most common cause of ERM is called posterior vitreous detachment (PVD), in which the retina separates from the vitreous gel— causing the retina to tear.  Other causes include: retinal tears or detachment, diabetic retinopathy, CRVO or BRVO, eye trauma, eye surgery, or intraocular inflammation.

Treatment of this condition generally involves a surgical procedure called a vitrectomy.

In its initial stage, the retinal cells begin to degenerate in the part of the retina responsible for mid-peripheral vision— causing decreased night vision (nyctalopia), mid-peripheral visual field loss and difficulty seeing in low light. The rapid progression of the disease continues to destroy cells in the central visual field— resulting in tunnel vision, reduced visual acuity, and color vision loss.

There is currently no cure for RP. Many patients learn to use low vision aids that aim to magnify existing central vision to widen the field of view and eliminate glare.

Central retinal vein occlusion (CRVO) is a condition that occurs when the central vein responsible for draining blood from the retina is blocked— usually as a result of a blood clot. This condition may also be caused by diabetes or glaucoma.

Central retinal vein occlusion generally presents in only one eye.

CRVO and BRVO are the second most common retinal vascular disease.

There are two different forms of CRVO:

Laser surgery may also be recommended for a more permanent treatment.

Branch retinal vein occlusion usually causes a sudden loss of vision. However, if BRVO does not affect the center of the retina, BRVO can go unnoticed.

Retinal neovascularization is a serious complication that can occur as a result of BRVO. This condition causes an ischemia, or an inadequate blood supply to the retina— resulting in the growth of abnormal new blood vessels. These abnormal blood cells can cause a vitreous hemorrhage and further vision loss.

When to see an eye doctor

If you have noticed any changes in your vision, schedule a comprehensive eye exam as soon as possible. Through a series of tests, your eye doctor can detect any signs of ocular disease— even in its early stages.